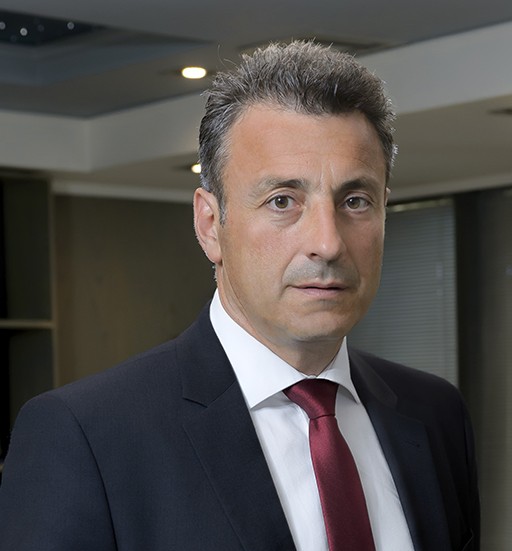 We are inspired by technology
and driven by innovation

Dr. Ioannis Mertzanis graduated from the Department of Electrical and Computer Engineering, National Technical University of Athens (1985 – 1990) and holds a master degree MSc (1991-1992) in Telematics with honors from the University of Surrey in Great Britain, having received a scholarship from the English Chamber of Commerce. He also holds a PhD (1995-1999) in “QoS provisioning in Broadband Satellite Multimedia Networks” from the same University, having received a scholarship from the Center for Communications Systems Research.  He started his professional career in 1987 in the company “Mikrologiki”, working in the repair and assembly of computers and in customer service. Between 1990-1991 and 1992-1993, he worked as a research associate at the NTUA Mobile Telecommunications Laboratory in the ESPRIT and ACTS research programs on wireless and mobile communications, and participated in radio coverage studies conducted for the first time in Greece, for Panafon. Between 1994-1995, he worked for G-Systems in the department of development of HP test & measurements applications and systems as Product Manager of the HP-VEE platform and as Sales Support Software Engineer. Between 1995 and 1999, during his doctoral thesis, he worked at the Center for Communication Systems Research (CCSR) at the University of Surrey, as a research associate and project manager. He was responsible for the management and technical execution of a large number of European and National (UK) projects in the area of broadband satellite networks, starring in issues related to the evaluation of 3G network performance and simulation of multimedia applications. From 1997 to 1998, he was an adviser to the Inmarsat HORIZONS evaluation committee as an expert on SATCONSULT, UK. During his work at CCSR, he undertook consulting studies on behalf of DERA (Defense Evaluation and Research Agency UK).  He joined Space Hellas in 1999 as Project Manager in charge of European and national development programs, and in the development of new services and products. In 2001, he took the position of Director of Research and Technological Development of Space Hellas Group, with the main role of coordinating the Group's research activity aiming the developing of innovative solutions and services. In 2003, he was the CEO of Space Net, a subsidiary of Space Hellas Group, specialized in telecommunications, telematics and high-tech applications.  Since mid-2005, he had the position of General Manager of Services and Applications of Space Hellas and became an executive member of the Company’s Board of Directors, remaining to this day. From this position, he decisively contributed to the reorganization and transformation of the group in the field of System Integration, as well as its expansion abroad. In July 2013, he assumes the position of Executive Vice President & COO, while since June 2015 he has held the position of CEO of Space Hellas Group.  Dr. Ioannis Mertzanis has published more than 30 publications in international scientific journals and conferences and has participated in the studies of the International Organization for Standardization (ETSI) for Eurozone satellite multimedia networks. He has served as Vice President of the Advanced Satellite Mobile Systems Task Force (ASMS-TF), an expert on the European Commission and an evaluator of scientific papers IEEE, IJSC and ETRI.